About Arduino
Arduino is a minimum open-source microcontroller system that is widely used to build an electronics project or a robot nowadays. The Arduino Platform contains two hardware boards and software or IDE (Integrated Development Environment) running on the computer, used to write and fill them to the Arduino board.

The Arduino Platform is now very popular for people who want to start learning other electronics in the particular microcontroller, because using Arduino no longer requires additional hardware to fill the program into a microcontroller board, only need a USB cable connected from the computer to the Arduino board. The programming language written on the Arduino IDE uses a simplified C++ programming language, which can be easier to understand. An Arduino board is designed to form standard Board and PIN/port position and arrangement so it can be easier to use and access with other devices.

The UNO-type Arduino is one of the most popular board types of Arduino because it is a very suitable choice for beginners. In this article, we practice going to use the Arduino UNO board.

Arduino hardware and software is designed to be used by artists, designers, hobby activists, hackers, beginners, and everyone interested in creating an interactive object. Arduino can interact with buttons, LEDs, motors, speakers, GPS units, cameras, Internet, smartphones or TV, and many more devices that you can connect with the Arduino. Arduino is very flexible to be able to create various projects, where the Arduino software is free, and the hardware board is also at a very affordable price, both hardware and software are easy to learn because there is already a large community of Arduino users who have contributed examples of programs and instructions to create various electronic projects created using the Arduino board.

Anything inside the Arduino?
There are many variants of the Arduino board type that can be used for different functions. Some boards are there that look a bit different not like in the image below, but almost all the main components are the same:

Power (USB/Barrel Jack)
Each Arduino has a path that will be connected with a power source/voltage. Arduino UNO can be rated voltage via USB (1) can be derived from a computer, power bank or derived from the power supply via barrel Jack (2). USB Cable Connection also works for the programming path to the Arduino board.

Caution: Do not use power supply whose voltage is more than 20 Volt, because it can damage the Arduino board because it overpowers. The applied voltage for the Arduino is 6-12 volts.
Pin (5V, 3.3 V, GND, Analog, Digital, PWM, AREF)
The Pin on the Arduino is a place where you connect the Arduino cable with the input/output devices (usually linking with the file project on the breadboard). Arduino pins are usually female headers so as to

getting the connection from the Arduino pin just simply plug the cable into the pinhole of that header. There are several pins on the Arduino with different functions, each pin is labeled according to the name and function of the PCB.

— GND (3): short for ‘ Ground ‘. There are several pin ground and everything can be used.

— Analog (6): The Pin under ‘ Analog In ‘ (A0 to A5 on Arduino UNO) is the Analog Input Pin. This Pin can read signals from analog sensors (such as temperature sensors) and convert them into digital values that we can read.

— Digital (7): Located on the other side of the analog pin is a digital pin (0 to 13 on the UNO). These pins can be enabled as digital inputs (such as notifying when a button is intercepted) and digital output (such as turning on an LED).

— AREF (9): an acronym for Analog Reference. This pin is used to set the external reference voltage (between 0 and 5 volts) as the limit for the input analog pin.
Reset button
Like the computer in general, the Arduino has a reset button (10). Pressing this button will connect the reset pin with the ground and restart all the program code that is inside the Arduino. This Reset will be helpful if the code is not running over and over, but you want to run it multiple times.

Power LED Indicator
Just below and to the right of the word “UNO ” on the Arduino board, there is a small LED next to the word ‘ ON ‘ (11). This LED should turn on every time you insert your Arduino into the voltage source. If this lamp does not turn on, there may be something wrong.
TX RX LED
TX stands for transmitting, RX stands for receive. The word is familiar enough in electronic terms to show pins as serial communication. In the Arduino board there are two TX and RX-first posts on the digital pins 0 and 1, and the second in addition to the LED indicator TX and RX (12). This LED will give us some visual indications every time the Arduino receives or transmits the data (such as when we insert a new program into the Arduino board).
Main IC
In black, there are many metal legs beside it is IC, or Integrated Circuit (13). Think of it as Arduino’s brains. The main IC on Arduino UNO differs from other types of Arduino boards but is usually an IC ATmega family manufactured by ATMEL company. To know the type of IC used can be found in writing on the side of the IC. If you want to know more about the difference between the IC, it can be seen on the datasheet.
Voltage Regulator
The Voltage Regulator (14) serves to limit the number of voltages that enter the Arduino board. Think of it as a kind of gatekeeper; This will eliminate more voltages that might harm circuits. Of course, this has a limit, so do not connect your Arduino to a larger than 20 volt.

How to install Arduino Software 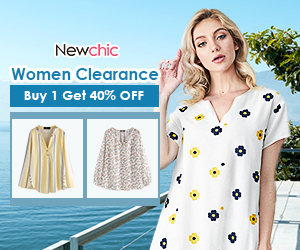 ABOUT US
Newspaper is your news, entertainment, music fashion website. We provide you with the latest breaking news and videos straight from the entertainment industry.
Contact us: contact@tentangkita.xyz
© Newspaper WordPress Theme by AuraDeviana
MORE STORIES
Arduino